Looking forward to the Brownstein Memoir 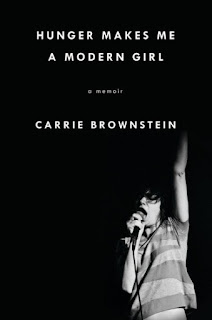 Thoughts about Orange is the New Black Season 3

I binged watched season 3 of Orange is the New Black over the weekend. (This is going to be somewhat spoilery, so don't say I didn't warn you) It wasn't as fun as season 2, but there were a few surprises in character development that I look forward to. Not everyone is a fan of Piper Chapman, and neither was I - but I do like the twist towards the end. In many ways, her character development was always there - it's ironical to say she is fulfilling her potential. Prison has this way of stripping away all the lies we adorn ourselves with normal life. The real Piper Chapman is not an innocent. She's a stone cold bitch, and it's actually interesting.

But the most surprising character development for me this season would be Black Cindy's religious conversion. Black Cindy was fun as a character - carefree, irresponsible and unapologetically self-centred. Then the show took a left turn and she ends up with one of the most profound character evolution towards the end, when she had to explain to a rabbi why she wanted to be a Jew (and it's not just for the broccoli for meal times). This is where I continue to respect the writing team and the actresses on Orange is the New Black - they continue to shine light on how human beings are multi-faceted and oh, so complicated in our strengths, our cruelties and our capacity for something better. They gave depth to shallowness and it was beautiful.

I could just keep re-watching the scene where Black Cindy - now Tova, explained to the rabbi just why she wanted to convert to Judaism:

"Honestly … I think I found my people. I was raised in a church, where I was told to believe and pray. If I was bad, I go to Hell. If I was good, I go to Heaven. If I asked Jesus, he would forgive me - and that was that. And here y’all say there ain’t no Hell, ain’t sure about Heaven. And if you do something wrong you got to figure it out yourself. And as far as God is concerned, it’s your job to keep asking questions and to keep learning and to keep arguing. It’s like a verb. It’s like - you do God. And it’s a lot of work. But I think I’m in it. At least as far as I can see it. Maybe I’ll learn more. It’s a fuck whole thing. And I want to learn more. And I think I got to be in it - to do that. Does that make sense? Shit, did I just tell myself out of it?"

It was a genuinely beautiful speech. it says something about faith - although I would argue that real faith work regardless of religion, is about how you DO God. It's a verb. The writers got this part writer, and it gave this powerful understanding to this character, and this is why I can't quit this show. It's just really good writing.

Our national anthem was playing as the winners of the 4 x200m Freestyle relay stood on the podium. Suddenly the speakers broken down - the hum of static, then silence. Then, from the silence, a growing chorus of our people singing the Majulah Singapura, our national anthem with gusto. Smiles broke across the faces of our gold medallists. At the end of the song, we cheered, and one of the swimmers, exclaimed, "Awesome!"

I've watched this clip many times over, and I have never felt more pride in my heart for my countrymen.

Posted by darkorpheus on Tuesday, June 09, 2015 No comments: