Marathon Heroes: "These are the things that define you ..."

I was watching this press interview with Kara Goucher after the NYC Marathon, and it was heartbreaking for me. [ Source ]

Kara Goucher finished 14th at the NYC Marathon with a time of 2:37:03. It was her big return since the 2013 Boston Marathon, and fans like myself were all looking forward to her doing well. Things did not go as planned though. For the first time in her running career, she "hit a wall" - that painful, unspeakable moment when the brain and body shut down and you truly struggle to carry on. She admitted in this video this is the first time she "hit a wall" running. I watched her break down, emotions overwhelming her. I imagine the kind of doubts and anguish going through her head when so many people had their hopes on her making a triumphant return after injuries and changing coaches.


“I’m really sensitive so it hurts,” Goucher said, wiping away more tears. “I know I am in great shape and can do great things. It’s like, ‘Well that sucked.’ I’ve worked really hard and have a lot of people behind me and I’m like, ‘That’s what it was?’ But that’s what it was. It just wasn’t great. It was really sucky, actually.

“This is the most pain I have ever been in my entire life” she continued. “Both physically and emotionally. It’s taken so much for me to get back here and so many people have invested in me so I feel a responsibility for that and then physically I have never felt like that before where I literally couldn’t move. It was not a good experience."

It was a most human moment. She was an Olympian, an elite runner, but even heroes struggle. I think we often forget that. After finishing the race, Kara Goucher broke down and wept. Meb Keflezighi, approached her and comforted her. Meb finished 23rd last year, but came back strong this year to finish 4th in the NYC men's race, and he won the Boston Marathon earlier this year. This is a guy who fell and tasted the ashes, but found it inside him to pick him up. Kara said:


“I talked to Meb about it and he said, ‘These are the things that define you and the experiences that make you appreciate the good times and make you work even harder,’” Goucher said. “He came up to me and I started crying and he started crying. Then he said, ‘Look at where I was last year and look at where I am now. I believe and don’t let this sway you from what you know you’re capable of.’ 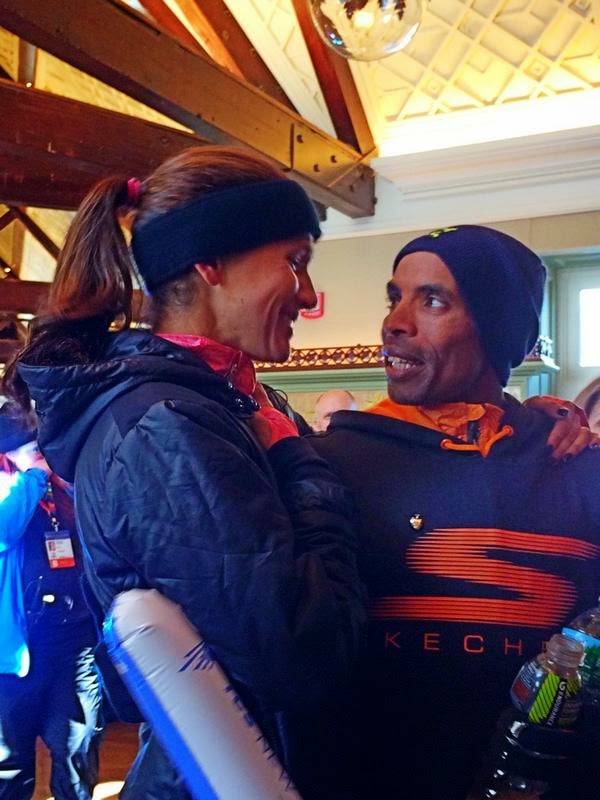 Posted by darkorpheus on Monday, November 03, 2014 No comments:

Tags: Because It Inspires Me, Running

“When I open them, most of the books have the smell of an earlier time leaking out between the pages - a special odor of the knowledge and emotions that for ages have been calmly resting between the covers. Breathing it in, I glance through a few pages before returning each book to its shelf.”
― Haruki Murakami, Kafka on the Shore

Posted by darkorpheus on Saturday, November 01, 2014 No comments:

Curator - care of the souls or aqueducts?

Brief history of the word, "curator":


A very short history of the word 'curator' might run as follows. In Ancient Rome, curatores were senior civil servants in charge of various departments of public works, overseeing the Empire's aqueducts, bathhouses and sewers. Fast forward to the medieval period, and we encounter the curatus, a priest devoted to the care (or 'cura') of souls.

By the end of the 20th century, 'curator' came to describe a broad category of exhibition makers, from museum employees who spend years working on modest, scrupulously researched displays of Sumerian pottery, to freelancers who approach large scale Biennales of contemporary art as an opportunity to clear their auteurial throat.

Here in the third millennium, the word curator has undergone a further shift in usage. Appropriated by the marketing departments of businesses keen to imbue their products with an air of hard-won distinction and borrowed avant-garde cool, it is now used to describe anybody from the celebrity programmer of a pop festival to a fashion stylist who puts together a 'capsule collection' from a department store's fall/winter stock. A curator, here, is essentially a paid selector of stuff for sale, whether it be concert tickets or cuff links.

Posted by darkorpheus on Saturday, November 01, 2014 No comments: