I know some of us will be buying Neko Case's new album, Middle Cyclone, the moment it reach the stores. For the rest of us, it is likely the album would never reach the local music store. (Because the music store SUCKS!)

I was all excited when I found out NPR is offering an Exclusive First Listen to stream the complete album starting 23rd February. That's a few days from now. I am a happy puppy.

PS: The New York Times did a big feature on Neko Case recently. (hat-tip to Nymeth)

I swear: the album cover is just much fun: 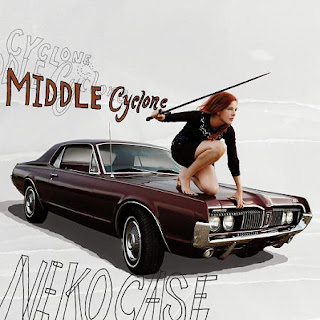 Posted by darkorpheus on Saturday, February 21, 2009

It is a fun cover :) I'm really looking forward to the album.

I've loved her music ever since "Fox Confessor" and can't wait to get my hands on this album.