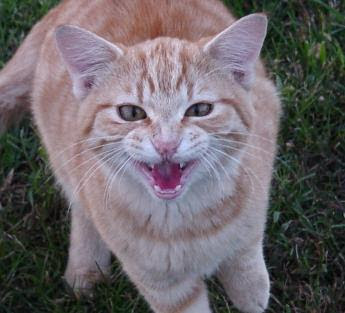 After my aunt passed away a few years ago, her flat was sold and the majority of the proceeds went to my mother. What was left unsaid was that for the past few years while my aunt was alive and battling cancer, a good part of the medical bills were paid for by my mother.

My mother's side of the family were left with the impression that she inherited a LARGE sum of money. They did not know the exact figure, and they chose not to believe my mother did not care for the money.

What was further left unspoken was that my mother used part of the inheritance to pay off my Eldest Uncle's debts. My Eldest Uncle is a gambler, and sometimes he borrowed from family friends. When he did not pay up, some of them went to my mother. She paid them, because it was her brother's debts. And when her sister-in-law (my Eldest Uncle's wife) needed an operation, my mother loaned $10,000 to the family. She never got the money back, but she never expected it back in the first place.

I asked her about the unpaid loans, and she simply replied, "We should only lend out money that we are prepared to give away." My mother is this sort of person. Too kind for her own good sometimes.

My maternal grandmother has been ill for many years now. I found out recently that my Eldest Uncle and his family have dumped all the medical bills on my mother's lap. Their excuse was the HUGE inheritance she received from my aunt.

Recently my grandmother's condition is heading for the worse. The mounting medical bills is also starting to worry my mother. Two nights ago I found her tabulating exactly how the inheritance from my aunt had been used. I questioned why, and she explained how hurted and frustrated she felt because her family (including my grandmother) always assuming she was rich and ready to pick up the bill.

She is not rich, and when she showed me how my aunt's money was used, I realised how much of it went into my aunt's own medical bills, her funeral - and to my Eldest Uncle and his family. Only about one-third of the money is left, and the family still insist my mother is rich.

I have been seething with rage and resentment since that night. Partly because I realise none of the other children of my grandmother has paid a single cent for her medical care. My Eldest Uncle has always been the Apple of my grandmother's eye. In the family drama, my mother has been cast in the role of the unappreciated Cordelia. It enrages me, how my mother has been taken for granted.

I told my mother how I felt, and she just sighed, "Is that so?" It has not yet occurred to her that she has been badly used. Guileless to a fault, is my mother. I want so much to protect her from her own family.

Last night my mother dropped a bigger shocker on me: She went to the doctor's earlier in the day, and they informed her that she's suffering from some form of kidney infection; her kidneys are unable to purge the waste material. We do not have the details because my mother was too stunned to ask question. It might be kidney problem, and she might have to go for some form of long term treatment. Maybe long term dialysis. We will not know until more tests are done.

And now I think, the money from my aunt would be very helpful for my mother's own medical bills. But too much of it has been wasted on my wastrel Eldest Uncle. I do not begrudge my grandmother's medical expense. As my mother told me, "When we are young, our parents raised us. Now they are old, we take care of them." My mother has never harmed anyone, and her first instinct has always been to help. She is too often afraid of being an inconvenience to another, and so she often does not confide her own suffering and unhappiness. She is a good person, better than me, and life has been unfair to her.

My anger is what is holding me up right now. It is what is stopping me from crying last night when I found out about my mother's condition. But the rage comes from the sense of a lack of control of our lives. I have been angry my whole life. It is a powerful energy and it offers an illusion of strength in the face of adversities. It took me a very long time before I finally understood that anger is a self-devouring emotion; it leaves you spent, and you are no closer to solving the problem in the end.

But right now I am still angry, and trying hard not to break down in front of my mother.

Posted by darkorpheus on Thursday, February 08, 2007

I am so sorry. You have every right to be angry. To see one's we loved used and abused in that way is incredibly frustrating. How you've managed to not unload on these other relatives is beyond me. Your mother sounds like a saint. I hope and pray that her health turns out to be better than expected and that all will be well.

So sorry to hear this. I hope all goes well with your mom's tests. I completely understand your anger and can relate. My family is exactly like that. They think that because my mom and I live in the States (they live in Mexico) we should pay for my grandmother's health care. But they are the ones with new cars, maids, etc. It's frustrating but at the same time what do you do? I don't have an answer. Again, just wishing the best for your mom and sending some good vibes your way!

Sending you a virtual hug. Sounds like they'll never get it and sounds as if your mother is more or less alright with that so it is up to you to try and let some of the anger go. I completely understand how you feel and have been in a similar place.

Sorry to hear about your mother and the family problems. I hope everything turns out ok.

I join in with sympathy and virtual hugs. (Believe me, I understand...similar family dynamics.)

Please hang in there -- what doesn't kill us makes us stronger! (And in my case, plumper.)

I'm so sorry -- I hope the news about your mother ends up being good news. And I can see why you are so angry at the family situation -- how very difficult it sounds.

Thank you everyone for the kind words. My mother seems resigned to her fate, while I'm the one who's not ready to accept the situation.